Prof. Oyekanmi Nash, PhD, is the Director, Genetics, Genomics and Bioinformatics Department at the National Biotechnology Development Agency (NABDA). He is also the Director of the Centre for Genomics Research and Innovation (CGRI).

He is a graduate of the University of Ibadan Biochemistry program (BSc, MSc) and Korea University (PhD, Molecular Genetics). Before returning to Nigeria in 2006, he was a Research Associate Professor at the Department of Microbiology and Immunology, Albert Einstein College of Medicine, New York (2002-2005), where he worked on the evolution of HIV-1 Reverse Transcriptase for Molecular Biology applications. As a Post-Doctoral Fellow with the Canadian Protein Engineering Network Center of Excellence, PENCE (1999-2002), he had worked on genetic engineering of the first "Mannosynthase." at the University of British Columbia, Vancouver, Canada.

Prof Nash is the Founder and Program Director of the West African Biotechnology Workshops Series (WABWS), which has recently metamorphosed into the Center for Genomics Research Innovation (CGRI). He is a Planning Committee member and Africa Regional Director for the International Consortium on Anti-Virals (ICAV), PI of H3Africa Bioinformatics Network (H3ABioNet), NABDA Node, and a Steering Committee member of the Non-Communicable Diseases-Genetic Heritage Studies Consortium. 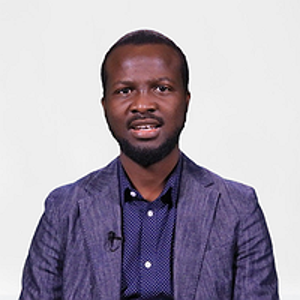 Dr Tinashe Chikowore is currently a Wellcome Trust International training fellow at the Witwatersrand University (2019-22). His research interests are evaluating the interaction of genetics and lifestyle factors that include socio-economic status, diet, exercise, sleep and alcohol intake in complex disease traits such as obesity, diabetes and hypertension in people of African ancestry. He has interests in the application of polygenic risk scores in African populations.

He is a part of the international collaborations which include the Genetic Investigation of ANthropometric Traits (GIANT) consortium and the American Diabetes Association (ADA) Precision Medicine Initiative.